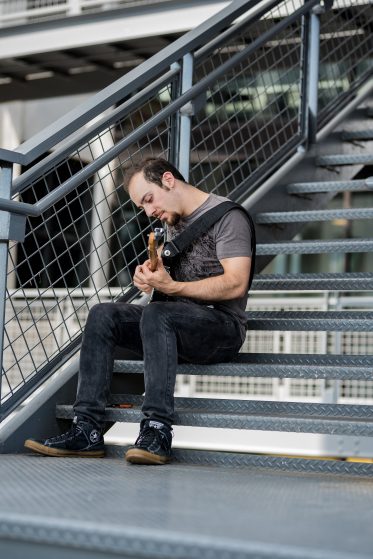 Hi, I’m Zach Allen. I’m a guitarist, singer, songwriter, and producer in Nashville, Tennessee. Always having a desire to be a musician, I started my first band at the age of 10. Influenced by classic rock, I started playing around in my hometown of Gilroy, CA with my band. Around this time, I started writing music and by the time I was 11, I had written several songs. Searching for an outlet for my music, I found a website, Indieheaven, based in Nashville, TN that would host my music. Encouraged by this, my family and I traveled to Nashville to attend the Indieheaven CIA Summit in 2007 and eventually moved to Nashville later that year. After moving to Nashville, I continued to write music, play gigs around town, and hone my craft.

In January of 2015, my band and I went band into the studio with Copeland and Whittington to work on our sophomore EP “Prison Break.” On May 29, 2015, Prison Break EP was released. The EP features myself on guitar and vocals, my brother, Christian Taylor, on drums, and my friend Christian Eason on bass.

In May of 2018, I graduated from Trevecca Nazarene University in Nashville with my degree in Commercial Music and a minor in Audio Production. I’m currently in the process of putting together a new band, writing new music, and recording. I’m tapping into the hard rock and metal that I have always loved, as well as my country, blues, funk, and other influences to bring you a unique, heavy rock sound. I’m excited to share this new music with you soon.